Aviation is in the family blood. It can be fun and challenging, and provide a whole new perspective on the world. It came as no surprise I married a pilot (who else is willing to pay for an hour of flight time and fuel just to take you out for breakfast). I've included some unique family photos for those with an interest in aviation or even building a character's background for a novel.

I grew up in a family surrounded by aviation. I had my first rideas a child in a light airplane piloted by my father. My brother later went on to be a radar navigator on FB-111s. I learned to fly after I married a pilot (No, my savvy hubby didn't teach me how to fly. He got me a big, stern marine, who besides being a great instructor, was incredibly patient.). Then along came the kids and we enjoyed airshows, open houses on flight lines, and flights to Grandma's house in a light airplane.

At one point, I worked at the flight test group at Edwards AFB and remember a test of a NASA project that my husband was flying. I had taken a break from my job on a flight data collection project to watch a test flight. At the end of the long runway stretching along Muroc dry lakebed, a white F-111 aircraft with NASA painted in red letters waited for takeoff. The sweeping wings of the plane had been removed and replaced by ones which changed shape (camber) instead of utilizing flaps and ailerons. The engineers in the NASA control room and pilots on board sought to discover if these experimental wings worked better than their tried and true counterparts.

Something similar is again being tested today.

I can only imagine going Mach and the dangers, concentration, and calm nerves required to put an aircraft through a test flight, but I understand the toll on minds and bodies, and the encompassing thrill after every flight. Later, when I moved from the base to another assignment, the office in which I worked gave me a cherished replica of that NASA F-111 test aircraft.

As the oldest family flier, my dad is pictured in front of a CIvil Air Patrol aircraft. He is one of the few pilots to have achieved the Wright Brother Master Pilot Award for 50 years of active flying. Check out the generations folder below to see him in his younger flying days with a variety of aircraft.

Son at training. He'll never admit his mom flew him around in a car seat. Of course, I could never keep up with him now.

My brother flew as an FB-111 radar navigator. And yep, my niece is a pilot, too. Check out True Airspeed Blog for more about her graduation from pilot training.

My father wasn't the only side of the family who was involved in flying in the last century. Hubby's father worked as an avionics (radio) mechanic. He was stationed at Marianna Army Air Field in Florida from 1942-45. A hit from a propellar across his chest during a prop-swing start kept him from being shipped overseas. These are the only two photos we have of his flying days. He is sitting in a T-6 used to train pilots. Gotta love the flipped up brim on his hat. 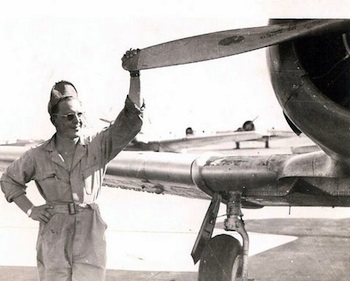 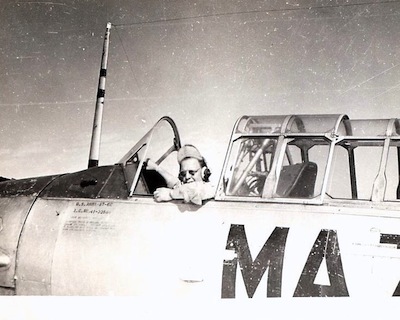 My father (second from the right) was a bit of an amateur photographer so did his best to catch photos of the planes he flew. He logged flight hours in states as north as Alaska and Maine, and far south as Florida. He flew in Vietnam and many places around the world. 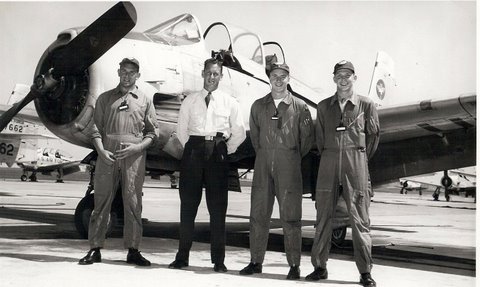 The plane with the single prop is a T-28 they affectionately called the "Maytag Messerschmitt." 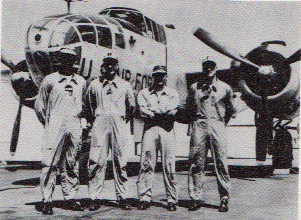 The grainy photo is out of his B-25 graduation book. After basic flight training in the T-28, the married pilots had to go to multiengine training. Only single guys were allowed to go to T-33 training. At the time, the AF reasoned that flying the T-33 was more dangerous. The policy later changed.

My dad took this photo from another T-29 using his Leica camera set at 1000sec (notice how the photo speed stopped the prop's motion). 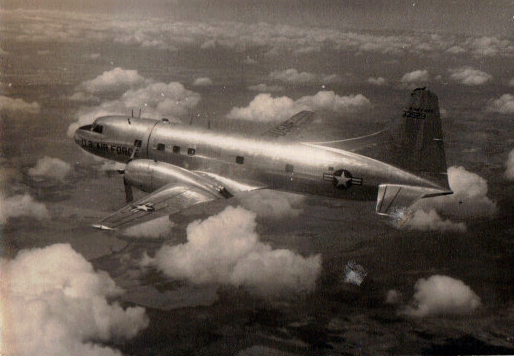 This panel has photos of my father and father-in-law relating to their aviation backgrounds going back as far as World War II. 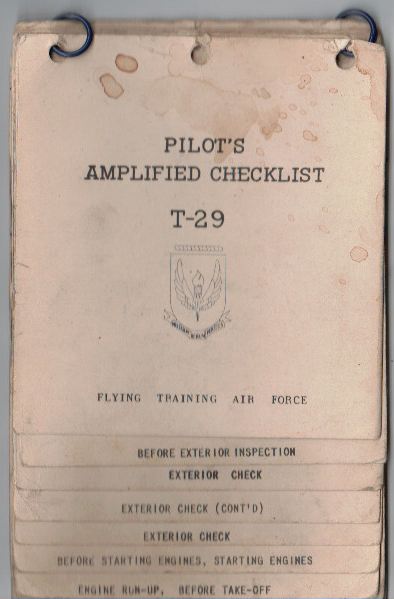 This was a proud moment at my son's graduation from the Air Force Academy when he landed a glider on the parade field during the graduation parade.

Coming soon a gallery of photos showing the USAFA glider program from the hangars to launch. 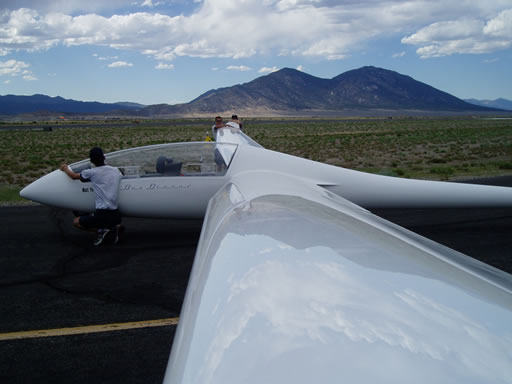