This is a new thriller series is set in the modern world with a touch of science fiction, adventure, fantasy, mystery, and romantic elements in a similar vein to Sandy's other thrillers.

Delve further into the series, buy TO KILL AGAIN and TO DIE AGAIN.

Pledge of the Infinity Project Scientists

Pledge of the Infinity Project Scientists

For ten thousand years, we commit to live on Earth searching for the answer to save our race. Whatever the burden, the trials, the sacrifice, we will stay the course. Live among humans. Perfect our given talents. Maintain our heritage. Leave as little trace as possible while we labor to discover a viable solution to our problem. As always, Infinitas life energy is sacrosanct, to be valued above all else. (Engraved into the Concilium dais 616 IC, 10 IP, Translation 5044 IP)

The books will alternate between two groups of characters as the overall story arc develops; the FBI Infinitas Squad, and secretive, legendary Infinitas soldiers called the Umbra. The books below are presented in suggested reading order.

Books of the Infinity Solution: Blurbs and Excerpts

A woman who doesn’t die.

A human who isn’t easy to kill.

A man who murders for power.

Death doesn’t come easy to Dr. Mona Signoretti, who is closing in on a killer she has tracked for two thousand years. As part of a special FBI unit, her failure to stop him puts at risk the population of Earth as well as the mission to save her part-human race from destruction.

When Mona’s undercover role is discovered, and her life-sustaining energy threatened, human FBI agent, Grant Thornton, is assigned to work the case and keep her alive—not an easy task in a world where enemies refuse to die.

TO KILL AGAIN- A Soldiers of the Umbra Novel

A soldier who kills to protect the sacred energy of life.

A woman who wields that energy without knowing the cost.

An enemy who will exploit their weaknesses to destroy the Infinity Project.

Chad Ridley, a soldier of the legendary Umbra, believes that humans hold the answer to his people’s survival. As a result, he will do whatever is necessary to ensure the Infinity Project continues. That effort includes forfeiting one of his lives to imprison a rogue soldier beneath the ocean.

Trapped together in a watery stasis since WWII, that prison has safely endured until today when American salvage diver Valerie McDermott inadvertently sets them free. The killing begins again.

The fight for survival is on…and someone will die.

His nostrils burned with the stench of death. Acrid scents of evil. He sat against a tree trunk hidden in shrub, his heart slamming against his chest. Loud. Too loud. They might hear.

He’d seen the amulets hanging from their necks. He’d laughed at the tales. The foolishness suggesting their magical powers came from water. Except he’d seen them appear from nothing. Kill by turning their water into slow-burning fire.

With shaking hands, he tossed the remaining water from his flask onto his face and smeared it over his brow and down to his chest. “Protect me from the mai-mai.”

Was he foolish to believe could stop wicked spirits? This evil had drawn his soldiers into its mystic land. Once in the Congo, the spirit killers appeared from air. From nothing.

He prayed a swift bullet would be his gift if they discovered him. He pinched his eyes shut, trying to purge the horror playing in his head. A hundred times he had fired into the men occupied by water spirits. The hail of bullets cut down one of his soldiers but left the spirits unscathed. One had faced him, screeching with laughter, before grabbing another soldier. Its triumphant glee turned to ecstasy, ripping the human soul from its victim in a firestorm of light.

Shudders racked him. His head relived the moments when his close comrade, impaled to a tree, was rendered a charred corpse.

Tears rose. He’d done nothing to help. He’d run and hid. For salvation. To save his soul.

His chest heaved. The rustle of a mere lizard roared in his ears. The flap of vulture wings near a gurgling stream set his thoughts spinning. Run or stay hidden? Darkness lay an hour away. Evil thrived in darkness. The silty stream a short dash away would cover his footprints.

All had gone quiet. Had the spirit soldiers taken their need? Did they sleep, drunk in their fortune? Had they moved on?

Ants crawled on his arms, stinging. Insignificant. He slunk low. One hand, one foot forward, then another. Closer to the stream and the edge of the leafy cover he moved. He called on the stealth of a leopard. The clay beneath his feet cleared of leaf clutter. No sound arose. In a low crouch, he waded into the stream.

Cool water filled his boots. He checked up and downstream, choosing the direction with most cover.

A distant monkey screamed. His head jerked in the direction, back toward where his men had died. His steps quickened.

A bird swept past.

Light before him rippled.

A spirit in jungle fatigues materialized, blocking his way.

A rope flew toward him and wrapped about his neck. The mocking laughter started again. A sharp tug sent him stumbling forward. The inevitable stole any fight from his body.

The spirit sliced his uniform and T-shirt. Blood arose beneath the cut. A cold hand slammed against his chest, then turned to fire.

A scream tore from his lips.

Title TBD- A Soldiers of the Umbra Novel

Who are the Infinitas? 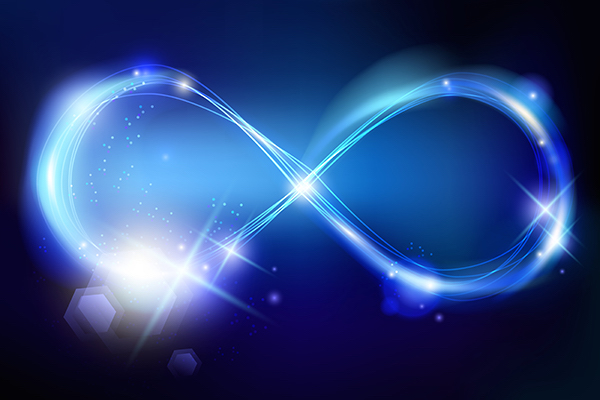 The original one thousand Infinitas (Primarians) came to Earth over 5000 years ago. Many are still with us today. They have enough life energy to regenerate from an untimely death virtually forever, as long as their body has not been destroyed.

The Primarian children born on Earth are not so lucky. This discovery came slowly and with anguish, but after ten regenerations, the Progeny's life energy is spent.

And there in, lies a problem.