Flying and science are evident themes in my recent manuscripts. I live in a family of military, test, and commercial pilots, and learned to fly (recreational light aircraft) while my husband was going through test pilot school. From flying with my family as a child, to piloting my infant son in a small plane to grandma’s house, the adventures in the skies haven’t stopped. Keeping up with my sons, I also learned how to dive and survived sparring for fifteen years as a black belt in Kenpo Karate.

I'm a hydrogeologist by training with an M.S. in geological sciences and have taken additional engineering graduate coursework. I've taught at a university, worked on a project for the Air Force Flight Test Center, worked as a design engineer for a civil engineering firm, and have done computer modeling and field studies as a hydrogeologic consultant. I've studied in England and Italy, traveled to South Africa, Egypt, and South America, and still travel to places of interest all over the world so I can make my stories richer.

(Top left) Remember that part about keeping up with my boys. This photo was taken at my sons' Kenpo Karate black belt test. It shows the entire family (all black belts– it took us years to get there). In center is Robert Vanelli, a champion fighter and owner of the studio. As well as a 5th degree black belt, he also is a professional photographer and took the photo of me kicking.

(Bottom left) A quick pause in the shade at Philae temple in Egypt. This temple was one of several rescued from flooding by the Aswan (and a lower) Dam.

(Middle) Plaza San Francisco in the old section of Quito, Ecuador. Novice photographer with bulky camera bag on hip and camera in hand.

(Bottom right) An old photo at the Dayton (Ohio) Air Show. You can guess why hubby took this photo. He gave me this “air show” shirt.

(Top right) Being the family photographer has drawbacks when trying to find photos of me in front of a plane. This one is from my younger days. My two year old is in the shade in the lower part of the picture ready to fly. Yep, he's a pilot now, too. 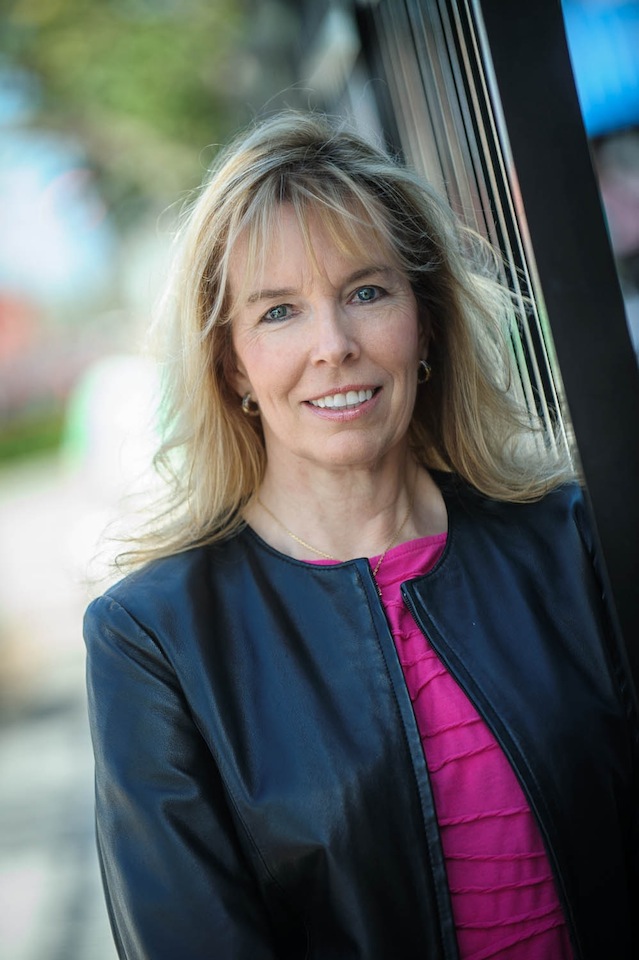 Sandy has come across many people in her writing years that have been generous with their time, knowledge, and talents. I wish to thank them all. I am your fan. That includes professional photograher Robert Vanelli of Exposure Photographic Arts Studio, who took the above photo. 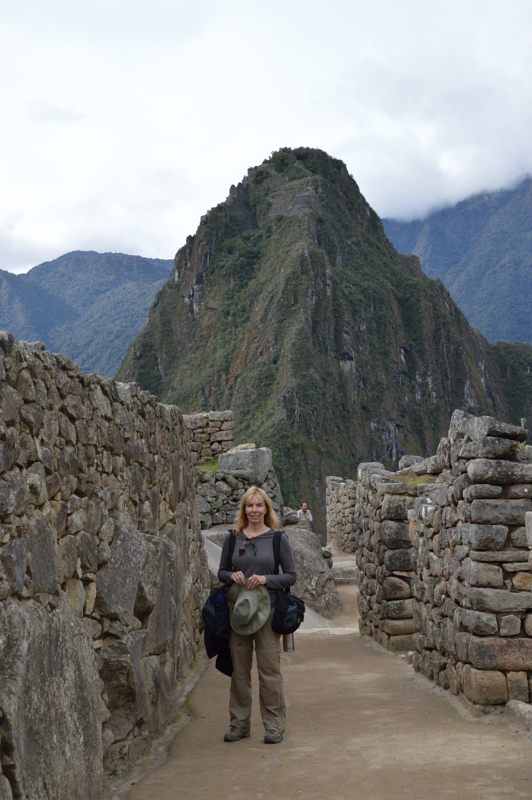 At Machu Pichu, Peru, with hiking boots and camera ready for a day of exploring. A once in a lifetime experience.

Cappadocia, Turkey is a land carved by nature and left with unusual volcanic tufts that men for thousands of years have carved for their use. I'm in a small house cave although did get a chance to explore a tiny part of a layered and complex underground city.